In today’s update on Below: mysterious statues, faces in the dark, and hand-drawn spaceships!

Wait, what? Find out what’s going on after the break…

I’m re-acquainting myself with Below by expanding the core deck, adding more general cards that can appear across all the dungeons: an Old Statue, a Winding Stair, a Dead End. I’m also adding cards that feature characters you can encounter across dungeons, like Jeremiah the Peddlar and the Piebald Man.

Each of them has a backstory that ties into the world. What gave the Piebald Man his patchwork skin? Why does Jeremiah fear the sun? To piece the answers together you’ll need to seek them out in several dungeons. The plan is to have them to react to how you’ve dealt with them previously. Scare off the Piebald Man by making him talk about things he doesn’t want to, and you’ll need to win his trust back before he’ll deal with you.

While that’s underway I’m working on streamlining experience and advancement. But that’s a post for another day.

If you like Below, check out this Kickstarter for Galactic Keep: Dice Battles, a slick iOS sci-fi RPG with a beautiful handcrafted pen-and-paper aesthetic. It makes me drool. They’ve launched a tight, two-week campaign, which is likely to be hard going right before Christmas, so spread the word and pledge if you like what you see. But seriously, who wouldn’t want to play this? It’s gorgeous. 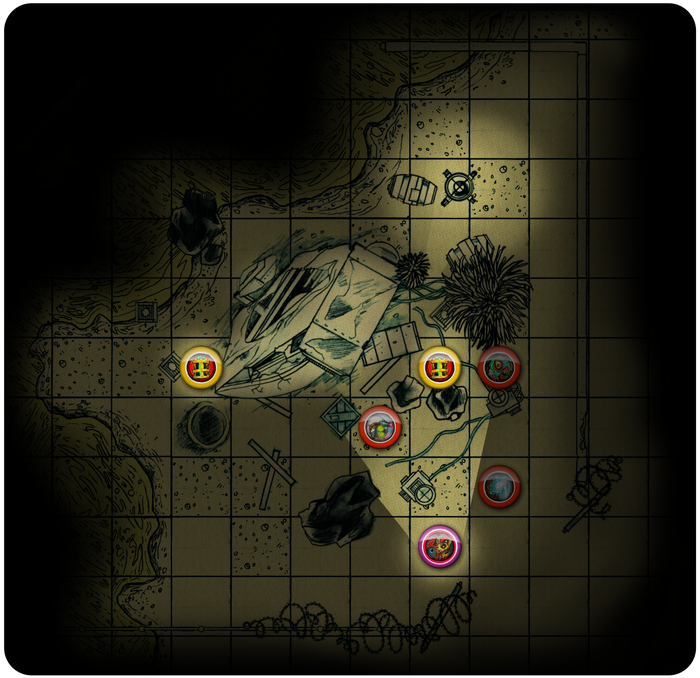 We wants it, precious!